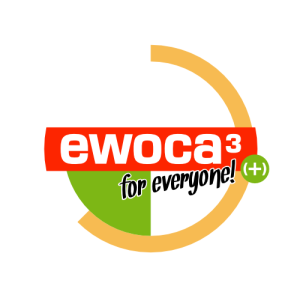 A major project in international youth collaboration has come to a conclusion: After ten years and 117 international workcamps in 20 European countries, the funding programme ewoca³ makes room for other projects.

For us, working at the International Association for Education and Exchange (IBB e.V.) for the ewoca³ project, this is a moment full of emotions. With great gratitude, we are looking back on a decade of movement. We want to say „Thank you!“ to the more than 2800 young people, who invested their summer break to realise social and sustainable projects all over the continent within the framework of the programme. Together with the youth work professionals of our respective project partners they made ewoca³ come to life. Their commitment often far exceeded the customary. We were and still are excited by such dedication.

All these projects would have been impossible without the great support given to us and our partners at the locations. We want to thank Stiftung Mercator, who were the first to give ewoca³ a chance to develop, and who stayed an important sponsor for the project over its full duration. We are just as grateful to those responsible at the Federal State of North Rhine-Westphalia, which joined funding the project in 2012. From 2015 on, funding by the Innovation Fund of the Federal Government‘s Children and Youth Plan gave us new impulses and enabled an expansion to the federal states of Brandenburg, Schleswig-Holstein, and Thuringia. 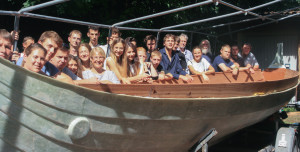 Funding by Aktion Mensch enabled the realisation of participatory media projects as part of ewoca³ – for example a podcast and a live-blog, where youths themselves could report from their workcamps on their work and their experiences in international collaboration. We have not forgotten this support – just like we did not forget those who took on the role of official patron: President of the Federal State Parliament of North Rhine-Westphalia Regina van Dinther supported the program in its first phase (2009-2011) as the official patron, for the years 2012 to 2017 Minister-President Hannelore Kraft took on this role for ewoca³. Günter Baaske, Minister for Education, Youth, and Sports of the Federal State of Brandenburg joined them in 2015 as the official patron for the project partnership featuring partners from Brandenburg. This was followed in 2016 by Kristin Alheit, Minister for Social Affairs, Health, Family Affairs and Equality of Treatment of the Federal State of Schleswig-Holstein for the project partnership in her federal state. For this support as well, we want to give our most sincere thanks!

To stay true to yourself, you have to change 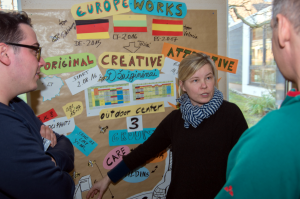 Why do we end a programme described by so many as a success story? Yes, there is need for an explanation. The answer: Both IBB e.V. and our project partners want to continually develop international youth work further – and all of us have developed ourselves as part of ewoca³.

When we planned ewoca³ a decade ago, it was an utterly new idea. A workcamp-based collaboration of three European youth work institutions, developing sustainable projects over a number of years together, especially including youths with less opportunities for making international experiences: This had never been done before on such a scale. Together, we had to develop a number of new methods and continually educate ourselves further. We have learned a lot together, from and with the individual partner organisations, but also and especially from the participating youths.

By now, the ewoca³ format has been introduced and tested. We shared our experiences on conferences and published papers in professional publications. Thanks to the support of the Innovation Fund, as part of the additional funding programmes „ewoca³(+) – for everyone!“ and „ewoca – young perspectives“, further project partners were able to integrate new approaches towards participation and co-determination into the format. All of this continues to take effect.

At the same time we realised a shift in the focus of many ewoca³ projects over time. While in the initial years the focus was quite clearly on social and ecological building projects, the scope of activities has broadened. Motivated by the experience of European youth collaboration, more and more groups developed a need to intervene at a more fundamental level and exert influence on their social environment. This resulted in, for example, projects countering racism and for overcoming cultural stereotypes, shared activities with refugees, as well as an extensive examination of the crisis of Europe.

Doing justice to these developments, IBB e.V. introduced „Pimp My Europe“, in parallel to the final phase of ewoca³. In this project, the participating youths together develop perspectives for a Europe in solidarity. But this is not all: They process their experiences creatively and organise youth conferences in order to discuss their wishes, demands, and expectations with the politicians responsible. Thanks to funding by the European programme erasmus+ YOUTH IN ACTION, we can continue the project in the coming year with an expanded circle of participants.

So much remains, so much will be new

But there is more. At the moment we are vigorously working on a follow-up programme to ewoca³, which is based on long-term European project partnerships as well. This new programme should account for the needs of active youths to get involved much more in political-democratic processes as an active part of European citizenry. We are really glad to see many ewoca³ partner organisations being as enthusiastic for this follow-up project as we are. Thus: ewoca³ is history, and we are moving onwards!