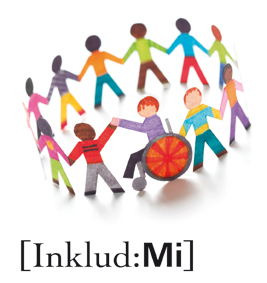 Weeks ahead of its start, the Inklud:Mi networking congress is already earning praise from Dusseldorf: The Minister for European Affairs of the Federal State of North Rhine-Westphalia Franz-Josef Lersch-Mense awarded the networking congress a prize as part of the European week. „I want to thank and recognise the International Association for Education and Exchange“, the certificate reads. This year’s European week will feature the motto of „Arriving in Europe“ and deals with challenges and opportunities arising with refugee integration.
This closely fits the networking congress on the situation of refugees and migrants in the EU, organised by IBB on the 3rd of May, from 9:30 to 17:00 at Dietrich-Keuning-Haus in Dortmund. The conference will feature talks and discussion rounds on the topic of „Health, Disability, and psychological disorders: Challenges for Dortmund and other cities“. Refugees, depending on their residence status, have only partial access to the German healthcare system.
Input talks deal with the psychosocial situation of refugees, the implementation of the EU directives on asylum, and health aspects for so-called EU(2)-migrants from Bulgaria and Romania. Workshops deal with selective muteness of migrant children, Best-Practice examples of supporting migrants with disabilities and psychological disorders, and special problems relating to accessing assistive technology.
The network Inklud:Mi developed out of a project by IBB on the inclusion of migrants with disabilities and psychological disorders.
The congress, which is now planned to take place yearly, targets interested professionals and volunteers in disability organisations and migrant associations, as well as employees of information centres, schools and child daycare facilities. Those interested can email info@ibb-d.de to receive the congress programme.