Democracy in Europe has already been in better shape: in many countries, undemocratic and right-wing populist movements are gaining approval. Values ​​such as freedom, democracy and respect for human rights are repeatedly called into question. But young people across the continent will not allow that to go unchallenged. From July 3rd to 8th, representatives of 30 youth organizations and facilities from 15 European countries meet in Bielefeld/Germany to launch a new international network: under the name of “Generation Europe”, they want to motivate young people to engage in political action, in order to strengthen civil society in Europe. 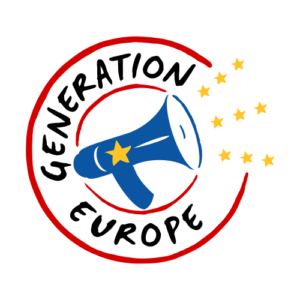 It is an ambitious project that the members of the network have agreed on: they want to identify local problems and create local action plans in 30 European cities and municipalities. In doing so, they support each other – each of the youth organizations involved has entered into a partnership with two other members of the Generation Europe network. In this constellation, they work together continuously over three years, organize joint youth exchanges, and raise their activism to the European level.

The network is made possible by a funding program of the Dortmund-based International Association for Education and Exchange (IBB e.V.).

“We are very happy that it finally starts,” says Elke Wegener, General Manager of IBB e.V. “So much is new and exciting about this network. Together with politik-digital e.V., we are currently developing an online platform based on a liquid-democracy model, through which the young people from the 15 countries can not only network. It will also help them to make democratic decisions in the network itself. In method workshops, the professionals involved will further develop the tools of European democracy education. At our international meetings, we will ensure encounters and exchanges between those who are active in youth projects and those responsible for youth policy in Europe. Together, the organizations involved send out an important message: they want to help shaping Europe – practically in their communities, but also on all other levels. We are going to support that with all our strength!”

More Information about the project on www.generationeurope.org.